Visiting Ecuador’s Galápagos Islands is like traveling back in time to a prehistoric age. Although it’s impossible to know what things were really like back then, this is a place where it’s easy to let your imagination run wild. 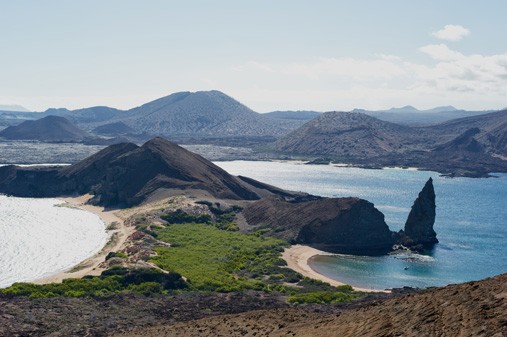 A lot has been written about this group of thirteen islands. So there’s no need to list all the facts and figures that can be found online with a few mouse clicks. But something that can’t be found anywhere else is my personal experience, and the feeling that I came away with after leaving this amazing archipelago. 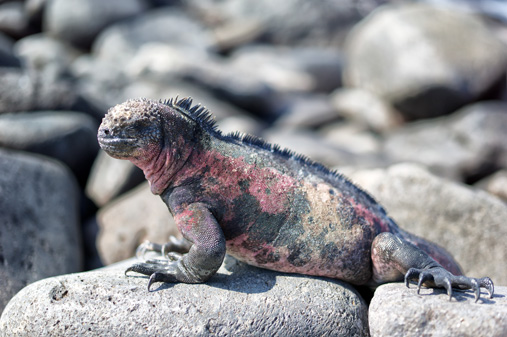 When I landed on the island of Baltra, I didn’t really understand what it meant to be a traveler in an unknown land. It was like arriving on the moon without a space suit – and experiencing the amazing sensation of breathing unbelievably clean air. Baltra served as an American military base in WWII and is like a time capsule. There are still remnants left from the war days and you can envision how things used to be on this tiny gray island back in 1945. 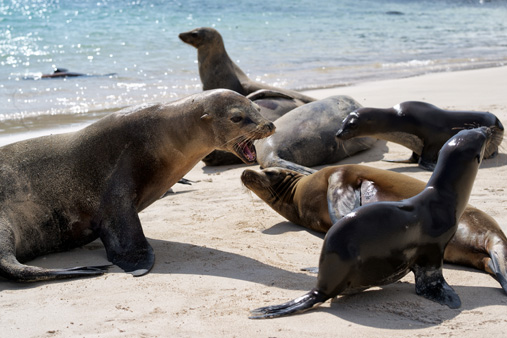 The two biggest islands are Isabela and Santa Cruz, where we arrived in the port of Ayora. This island is an inactive volcano. Some say it’s been lying dormant for a million years. Others pray for it to stay that way. Santa Cruz is the most densely populated island and a starting point for tours to Galápagos National Park. This is where you will find everything you need to explore this delicate region – including a boat and guide. I say delicate because access is limited to a certain number of people per year in an attempt to preserve the islands’ ecosystem. As always, man is the most threatening element in this sensitive region. 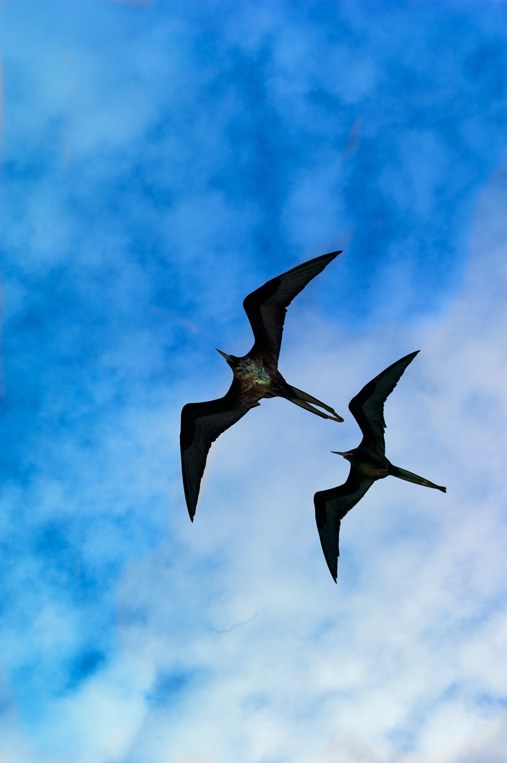 I became more fascinated with every passing day. Instead of paying attention to what was happening onboard the boat that took us from island to island, I found myself becoming more interested in understanding the origin of species.

The first animals soon came into view. I saw magnificent frigate birds soaring across the sky – and moving about clumsily on dry land. On the island of Española the albatrosses have a kind of natural “airport” where they learn to fly. Amusing and elegant, the blue-footed boobies make a guttural cry that’s hard to mimic. I was surprised to see penguins on the islands of Bartolomé and Fernandina. It’s as if the warmer climate lured them up from Antarctica and they decided to stay. And iguanas, hundreds of them in a rainbow of colors, big and small, on land and sea. I was amazed to see how close I could get to most of the animals – without touching them, of course (that’s forbidden). They posed for my camera as if it was part of their daily routine. I even swam with sea lions (there’s a big population on the archipelago), sea turtles and sharks. The ocean floor never failed to surprise me with spectacular formations of manta rays, amazingly colorful parrot fish, and countless sea creatures in all sizes and shapes.

Rábida is a very unusual island. A paradise of blood-stained beauty with sands that have turned red from the iron in the volcanic earth. I was able to get up close to a group of sea lion pups and see them being nursed by their mothers.

I felt like a modern-day Charles Darwin as I discovered the Galápagos landmark, Bartolomé Island, and its pinnacle (el Monje) carved by the wind and sea. I climbed over broken rocks on dry, dusty hillsides. Constantly aware that I could die here of thirst. But for some strange reason, this place made me feel so very much alive. Walking along the island’s shores and bathing in its waters gave me a feeling of vitality and energy. 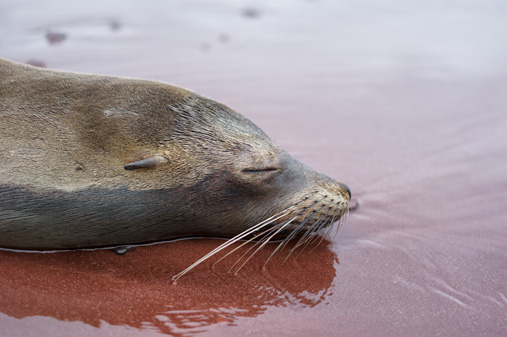 Reality returns with a big bang when you leave this natural world. Such a shame. The Galápagos Islands – an endangered paradise. Tourism is on the rise and people want to open businesses on the islands –¬ ignoring the fact that this would require a substantial infrastructure and have a negative impact on the environment. And that wouldn’t be good… 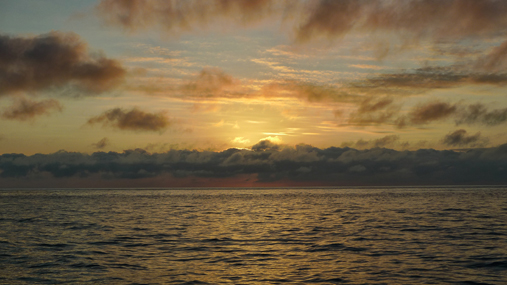 Oscar Maceda was born in Ourense, Spain. He later moved to Madrid, where he studied audiovisual communication, specializing in sound design for television. A composer, commentator, and photographer, Maceda currently lives in Frankfurt am Main and works in German television in Berlin.